How to be a Caregiver in Canada Seminar in the Philippines 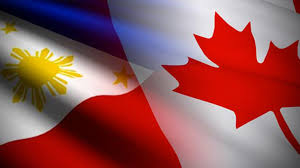 Work in Canada as a Caregiver / Nanny

To register for the Work in Canada Seminar go to https://filipinohomecaregiver.com/seminar-registration/

Canada has announced two new five-year pilot projects on caregiver immigration, which have been billed as a way to allow caregivers to come to Canada with their families and offering them greater opportunity to become permanent residents.

Some of the changes announced by the federal department are occupation-specific work permits given to caregivers, allowing them to change jobs more easily. Previously, work permits were tied to individual employers, making it difficult for workers to escape if they were being abused or leaving them in limbo if their elderly wards passed away.

Open work permits for spouses or common-law partners are also being announced, which will allow migrant workers to bring their families to Canada. This is aimed at ending a long-criticized practice of seeing temporary foreign workers separated from their own children while they care for children in Canada.

The new Caregiver Work Permit Program is in response to settlement services predatory recruitment extremely high fees ($5000+ US) charged by recruiters; a lack of safe spaces for migrant workers to talk about their experiences; and the “criminalization” of migrant workers who fall out of status due to labour exploitation. Also, Filipino Nannies targeted for deportation by Canada Border Services (CBSA) officers programs targeting Filipino Nannies in Canada under CBSA “Operation Guardian.” Operation Guardian resulted in over 30 Filipino Nannies arrested by CBSA and most were deported.

The Canadian federal government says it is committed to removing barriers to permanent residency, offering better protection for caregivers in the workplace and reuniting more families faster

Mathieu Genest, the spokesman for Immigration Minister stated full eligibility criteria will be made available closer to the date of the launch of these new pilot programs, whose start dates also remain unclear. He did say that the new programs will feature “standard” criteria for economic-immigration programs, such as minimum education and official-language standards, along with the requirement for the caregiver to gain two years of work experience.

“These criteria have been shown to be critical factors for the successful settlement and establishment in Canada for all new permanent residents, including caregivers.”

The number one new immigrants to Canada are from the Philippines! Join us and we will discuss how you can legally work and immigrate to Canada as a Caregiver. The Canadian Government is soon announcing a major overhaul of the Caregiver / Nanny Program. New Caregivers to Canada will be allowed to bring their Spouse and Children to Canada and they can work and their children can attend Canadian Primary and Elementry Schools. After 2 years of work a Caregiver and their families can apply for Permanent Residences in Canada and after several years later apply to become Canadian Citizens. 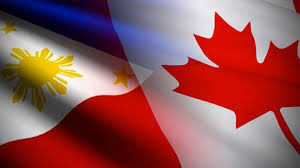 Two speakers, Beulah Joy Ortiz and Terry Whin-Yates from Vancouver British Columbia Canada who have experience with the previous LIve-In Caregiver / Nanny program and the new Caregiver Program will be presenting. Beluh Joy Ortiz immigrated to Canada as a Live-In Caregiver and is now a Permanent Resident of Canada and her three daughters recently joined her and moved to Canada as Permanent Residents. Joy and her children will be eligible to become Canadian Citizens in December 2019. Joy is starting College in Vancouver Canada in September 2019. Also, Joy has a 10 year US Visa and has traveled throughout the US and will be taking her children to Disney Land this year. The second speaker is Terry Whin-Yates who is the owner of several Canadian and US Businesses and has worked with Caregivers, Nannies, Nurses and Skilled Workers applying for Work Permits and working in Canada. Both Joy and Terry are excited about the new Canadian Caregiver Program and you will hear the real facts of how to successfully legally work and live in Canada.

Only $50 US. Space is limited so sign up today. To register for the Work in Canada Seminar go to https://filipinohomecaregiver.com/seminar-registration/

To register for the Work in Canada Seminar go to https://filipinohomecaregiver.com/seminar-registration/

For further info go to https://filipinohomecaregiver.com/ or email [email protected] or Facebook https://www.facebook.com/FilipinoHomeCare/

Caregivers will soon have access to 2 new 5-year caregiver immigration pilots that will replace expiring and ineffective pilot programs. The new pilots will allow caregivers to come to Canada together with their family and provide a pathway to permanent residence.

Caregivers will also soon have greater flexibility to change jobs quickly, and barriers that prevent family members from accompanying caregivers to Canada will be removed, Immigration, Refugees and Citizenship Minister announced.

Under the new pilots, applicants will be assessed for permanent residence criteria before they begin working in Canada. Once the caregiver has their work permit and 2 years of work experience, they will have access to a direct pathway to become a permanent resident.

These pilot programs will replace the Caring for Children and Caring for People with High Medical Needs pilots and include:

In addition, the Minister also launched the Interim Pathway for Caregivers, which will be open from March 4, 2019, until June 4, 2019.

This interim program is being launched after hearing directly from caregivers and interested parties that the previous changes made in 2014 were not well understood. Many caregivers began working for families in Canada, only to find out later that they were not going to qualify for permanent residence under an existing program.

To address this issue, the Interim Pathway for Caregivers will provide those Caregivers and Nannies an opportunity to stay in Canada permanently. The interim program will have modified criteria compared to the current pilot programs and offer a pathway to permanent residence for caregivers who, in good faith, have come to Canada and are providing care to Canadians, without a clear pathway to permanent residence.

For more info go to https://filipinohomecaregiver.com/ or email [email protected]

How to get a Job in Canada: A Filipino Guide