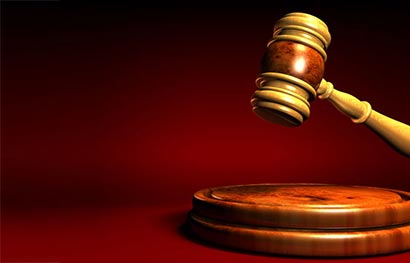 VANCOUVER, Nov 6,  2017 – Court documents allege that Ms. Sandy Shokar and “Diamond Deals” / Phera Diamonds employed the Filipino Nanny under a 24-month fixed-term employment contract and then terminated her employment without cause. The Nanny was hired and came to Canada under the Canada Live-in Caregiver Program. The two-day public trial is scheduled for November 14th and 15th 2017 at Robson Square Provincial Court.

It is alleged that the Filipino Nanny lived at Sandy Shokars West Vancouver Residence and was paid cash by Sandy Shokar for four months to work without authorization until the LMIA and work permits were approved. Also, the Filipino Nanny was made to work a various Diamond Deals Jewelry Stores owned by Sand Shokar located in Downtown Vancouver and Surrey, BC. Furthermore, it is alleged the Nanny had to work at an “Airbnb” owned by Ms. Sandy Shokar in North Vancouver.

In September 2015, CBSA detained the Filipino Nanny and the Nanny was charged with working without a valid work permit and ordered deported from Canada. At the time Sandy Shokar and family denied the Filipino Nanny lived or worked for Sandy Shokar. CBSA did not charge Sandy Shokar. The Filipino Nanny was unable to work and was under the threat of deportation for almost 2 years. The danger of working as a Caregiver without a valid work permit can result is being detained by CBSA and deported. CBSA Project Guardian has targeted Filipinos working in Canada and has stated “Project Guardian is a continuous part of our business.” Many Filipino Nannies have been charged and deported, however, no Employers have been charged by CBSA. However, most of those cases, were women who had left employers who were “exploitative,” for instance being “forced to work excessive hours, not being paid for overtime, being paid less than minimum wage … Yet they have to go through an incredibly onerous process to change their employer.” So only poor Filipinos in Canada are charged while people who live in the exclusive neighbourhood of British Properties in West Vancouver are free? It begs the question, why was Sandy Shokar not charged with employing a Nanny without authorization or immigration fraud, yet the Filipino Nanny was detained by CBSA? Too rich to be charged?

This trial is open to the public. The public response from Sandy Shokar and Diamond Deals will be very interesting.

This year marks an important anniversary for an organization that is among those at the forefront of advocating for the rights and welfare of live-in caregivers and temporary workers, the workers who are most often marginalized and exploited in Canada.The West Coast Domestic Workers Association was established in 1986. Since then, they’ve been facilitating access to justice for current and former live-in caregivers to the provision of legal assistance, legal information, public legal education and advocacy. They are a membership-based organization, caregiver-driven. They’ve assisted thousands of clients with their individual legal cases. They hold numerous programs, ESL programs and workshops around the province to educate and empower migrant workers and caregivers on their rights at work and also their human rights.The temporary foreign worker caregiver program needs to ensure that caregivers have the same rights as other workers in Canada and issues open work permits and permanent residency. Domestic work is work, and all domestic workers deserve the same rights as all workers.

The upcoming November 14-15, 2017 Civil Court Case in Vancouver BC is open to the public. This is going to be a very interesting public Court Case in BC when Sandy Shokar, Phera Diamonds / Diamond Deals give their response in court. Will CBSA be there too? 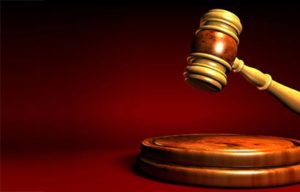